“Shh!” A figure steps from the void, its identity largely hidden by the dark. “You’re thinking, Oh, oh, poor me. It was just a little—”

“Father?” the voice mocks. “Is there someone down here other than you and me?”

“Well, I don’t feel like a father. Do I look like one?” It steps a little closer. Jack can just make out a pair of eyes, which look very much like his father’s, but the voice—not exactly a voice, but more like a vibration in the middle of his head. It varies, as though it’s coming from a variety of empty rooms. A voice, but not really a voice. A non-voice. “I know Pucer likes telling you, and that chicken-shit sibling of yours, that I’m your Uncle Lu. Maybe. But he exaggerates. You didn’t know that about your father, I know. He does … he exaggerates.” The eyes float up toward the ceiling, each one seemingly independent of the other, like a pair of tiny balloons.

You’re not Uncle Lu? Jack speaks, but his lips do not move.

“Oh, certainly. I didn’t mean to suggest your father is a liar. An exaggerator—not a liar.  For example, he makes me sound like a prick, as if I’m some kind of a bummer. I like to have fun on occasion, just like everyone else.”  The eyes drift farther and farther away, but the non-voice is still right there in the middle of his head. “Hey. What’s this I hear about you being naughty?”

Jack attempts to move his arms and legs, but can’t.

“Uh … Perhaps I spoke impulsively. I so hoped …”

I took the letters from Father’s desk. I’ll never disobey him again. I swear. I promise!

“Not working. You know what I suspect the problem is? It hurts me to have to say this, but, well, it’s just … too late.” The eyes suddenly appear at his side. Jack has the impression that Uncle Lu is seated there to his right, like a parent visiting a child’s bedside. “You see, Jack, my dear nephew, you made a choice. Your father, out of his boundless love for you … Boundless love. Isn’t that poetic? Boundless love. Boundless stupidity. Boundless boundlessness. 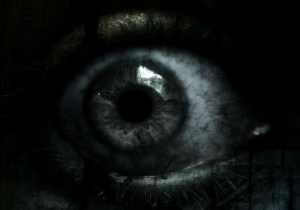 Anyway, the point is, he gave you the power to choose. You’re aware of that, I’m sure. You’ve always had that power—a choice—free will, if you prefer. You chose to disrespect your father with lies and stealing and fornication and worship of other fathers. You little snip snap, you. You little piece of shit. You were warned. You were warned because you were so dearly loved. And now I have you … forever … eternity. Do you know eternity, Jack?” The eyes vanish.

“Eternity is not the tummy ache of a week without pizza and donuts.” The non-voice seems to come from below now. “It’s not a month or a year of pissing all over yourself. No. It’s not a hundred, or a thousand, or a million, or a google-boogle zillion such years.” A piggish snort comes from below. “Google-boogle? What?” And then a snicker. “Did I say that? Can you imagine that?  I don’t think so.” The voice drifts even lower, as though it is slowly sinking into the floor. “Oh, but don’t you worry about it. You’ll get the hang of it in time. The pain, the agony … You’ll get used to that. Perhaps in a few trillion years, you’ll become bored with it all. And then you’ll have the rest of eternity to … hang out.”

I’m so sorry. Jack listens, pushing back every thought and every worry in his head to make room for a reply. Uncle Lu?

No answer. Just the dark.

More about Rodney Jones at: http://redadeptpublishing.com/rodney-jones/